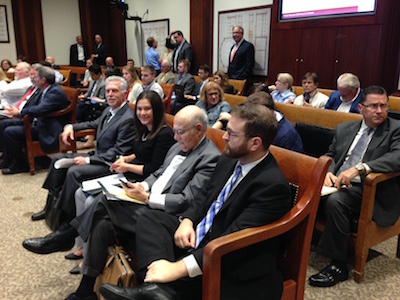 The Committee on Telecommunications, Utilities, and Energy at the MA State House held a hearing on May 30 to consider proposed legislation (H. 2682 and S. 1857), “An Act to Support Community Access Television.” The Bill would do two things that would make a big difference for LTC and all the MA access stations. It would mandate that cable TV providers (only Comcast in Lowell) provide high definition channels for public access, and give access stations placement on the electronic program guide.

In 2016 LTC upgraded its broadcast server and all its production facilities to high definition, with the exception of the City Council chambers. Like many stations in the State, we are ready to broadcast in HD whenever Comcast gives us the channels. It would bring our channels’ technical quality up to industry standards and place the channels where most people are watching. Placement on the electronic programming guide would make it easier for cable TV subscribers to find access programs they want to watch and to record them on their DVR’s. The cable companies provide high definition channels and the programming guide to all other broadcast stations and could easily do the same for PEG.

Lowell Rep. Tom Golden is a Chair of the Committee and if you are concerned about the outcome of the Bill, certainly let him and other elected officials, know. If the Bill makes it out of the Committee, it will be sent to the MA Legislature for a vote. MA access stations have been advocating for the provisions in this Bill for several years. We all hope this is the year that cable subscribers get the service they pay for, which includes high definition access programming.