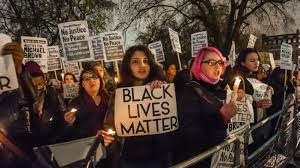 Taping with a small studio audience on August 4, 8:00pm in the LTC studio.

The activist movement Black Lives Matter began in 2013 in response to the killing of several unarmed African Americans by police in the United States. Movement participants organize protests and marches to draw attention to disparities in the treatment of suspects based on race. The movement is also concerned with racial disparities in the criminal justice system and mass incarceration.

To understand how the issues put forward by the Black Lives Matter movement relate to Lowell, LTC is hosting a panel of police and community members to discuss the relationship between police and the African American Community. The discussion will include these questions: How is the Black Lives Matter movement perceived in Lowell? How do African American teens relate to police? How dangerous do police on the street perceive their jobs to be and how do they monitor their interactions across racial lines? How does the current criminal justice system affect the quality of life in Lowell?